The production has passed several generations of shapes and widths during 17 years on the fingerboard market. Gradually we found the way to offer the best quality.

We also started to produce Finga wheels in 2007, which were available only in Czech Republic. They hit our market like strong epidemic! There were 3 generations of developing Finga wheels in 2 years but it was so time-consuming that we focused fully on decks again.

The Generation 5 was for sale for the longest time so far – stayed on the market for 4 years! Color plies, 29 mm width for better control and graphics, these were the most significant changes for G5.

As one of the first companies we started laser engraved bottom plies for our Finga Burned Letters decks in 2009.

The latest actual generation is Finga SLIM deck, which was introduced to the market at the end of 2011 after almost a year of testing. Our strong team played important role with their knowledge in development of new decks. Finga SLIM deck is made from 5 plies in special combination of Czech and American veneer, it gives you a chance to perform better with this deck. The decks are thinner, lighter, more flexible and the quality of decks depends on precise manual processing.

We’re still one of the top deck makers, even after already 17 years on the market and we're establishing cooperations with foreign companies. 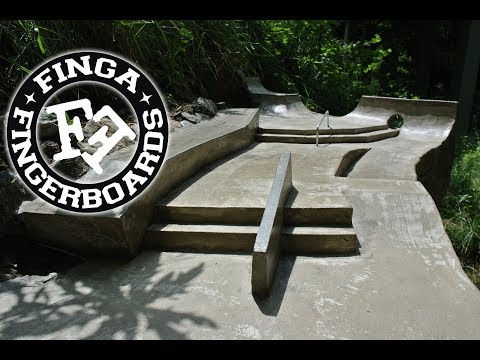